Tansy (Tanacetum vulgare) is a perennial, herbaceous flowering plant of the aster family, native to temperate Europe and Asia. It has been introduced to other parts of the world and in some areas has become invasive. It is also known as common tansy, bitter buttons, cow bitter, or golden buttons.

Tansy is a flowering herbaceous plant with finely divided compound leaves and yellow, button-like flowers. It has a stout, somewhat reddish, erect stem, usually smooth, 50–150 cm (20–59 in) tall, and branching near the top. The leaves are alternate, 10–15 cm (3.9–5.9 in) long and are pinnately lobed, divided almost to the center into about seven pairs of segments, or lobes, which are again divided into smaller lobes having saw-toothed edges, giving the leaf a somewhat fernlike appearance. The roundish, flat-topped, button-like, yellow flower heads are produced in terminal clusters from mid-to-late summer. The scent is similar to that of camphor with hints of rosemary. The leaves and flowers are toxic if consumed in large quantities; the volatile oil contains toxic compounds including thujone, which can cause convulsions and liver and brain damage. Some insects, notably the tansy beetle Chrysolina graminis, have resistance to the toxins and subsist almost exclusively on the plant.

Tansy is native to Eurasia; it is found in almost all parts of mainland Europe, as well as Britain and Ireland. It is absent from Siberia and some of the Mediterranean islands. The ancient Greeks may have been the first to cultivate it as a medicinal herb. In the sixteenth century it was considered to be “necessary for a garden” in Britain.

Tansy has a long history of use. It was first recorded as being cultivated by the ancient Greeks for medicinal purposes. In the 8th century AD it was grown in the herb gardens of Charlemagne and by Benedictine monks of the Swiss monastery of Saint Gall. Tansy was used to treat intestinal worms, rheumatism, digestive problems, fevers, sores, and to “bring out” measles.

During the Middle Ages and later, high doses were used to induce abortions. Contradictorily, tansy was also used to help women conceive and to prevent miscarriages. In the 15th century, Christians began serving tansy with Lenten meals to commemorate the bitter herbs eaten by the Israelites. Tansy was thought to have the added Lenten benefits of controlling flatulence brought on by days of eating fish and pulses and of preventing the intestinal worms believed to be caused by eating fish during Lent.

Tansy was used as a face wash and was reported to lighten and purify the skin. In the 19th century, Irish folklore suggested that bathing in a solution of tansy and salts would cure joint pain. Although most of its medicinal uses have been discredited, tansy is still a component of some medicines and is listed by the United States Pharmacopeia as a treatment for fevers, feverish colds, and jaundice

What is Tansy Essential Oil?

Tansy Essential Oil was traditionally used for intestinal worms and digestive upset during ancient times. The Irish folk recommended taking a bath in a solution of Tansy and salts. Gypsy folklore considered it a cure all and used it in their daily routines.

Tansy Essential Oil has definitely been cultivated for use as an insect repellent and preservative for thousands of years! And it was common place to use in this fashion until modern society learned to synthetically make insect repellent! It was used in embalming and placed in with the dead to aid in preservation.

Studies have shown that it can repel mosquitoes andarthropods. As a matter of fact, Tansy is often grown next to squash, cucumbers, berries and roses! Tansy is one of my main ingredients in my fly spray I make for the horses.

The main chemical components of tansy oil are:

It should not be very hard to understand that the essential oil, which is so poisonous and can be fatal to humans, would also be deadly for those tiny bacteria. Although some bacteria can survive unimaginable extremities of temperature and toxins, for most of the bacteria which live in the human body, this oil is lethal. It kills them and inhibits their multiplication. This gives effective protection against bacterial infections, provided that it is taken in very, very mild doses.

There is little doubt that the essential oil, which can kill some very adamant and hardy species of bacteria infecting the human body, will also be harsh on fungus as well. Fungus cannot stand the toxicity of this oil and are killed when subjected to this oil. Their spores are also destroyed. This makes this oil an efficient protector against fungal infections, which cause skin diseases, running ears, hair problems, and dysentery.

The Essential Oil of Tansy has been found to be effective in giving relief from inflammation, particularly those pertaining to the skin, and others as well. It also gives relief, to some extent, from inflammation in the respiratory, digestive, and nervous systems.

Histamine in the body is responsible for triggering allergies and the various problems related to allergies, such as rashes, itches, severe coughs, asthma, breathing troubles, continuous sneezes, or hiccups. Allergies can turn seriously fatal if they take over the internal organs, particularly the liver and heart. These attacks of allergies can be countered by lowering the levels of histamine in the body and checking its production. Tansy Essential Oil neutralizes histamine and checks its further production, thereby controlling these allergic reactions.

The components like thujone and camphor, being toxic to living cells, are capable of killing viruses as well. These components rupture the cyst, probe inside, and kill the virus. This stops the growth of the virus and gives immunity against viral diseases like the common cold, mumps, measles, and pox.

Most fevers are actually indications of the ongoing fight between the body’s immune mechanism and infection by bacteria (like typhoid, yellow fever, and black fever), viruses (like influenza), protozoa (like malaria and a few others) and fungi. The more severe our body’s reaction, the higher the body temperature becomes. Therefore, if infections are causes for fevers, then inhibiting these infections would be the way to reduce fevers. The Essential Oil of Tansy, being an antibacterial, anti-fungal, and antiviral substance, all at the same time, assists our body in countering these infections and thereby reduces body temperature. The anti-inflammatory property of this oil adds to this effect, since inflammation can also raise body temperature.

Insects like cockroaches, ants, termites, and moths that are very commonly found in our households, and parasitic insects like mosquitoes, fleas, ticks, lice, and bed bugs, prefer to keep a safe distance from this oil as it is poisonous to them and has a pungent aroma that they cannot withstand. Therefore, this oil serves as an effective insect repellent when used in fumigants, vapourizers, and sprays. Even smaller animals like wall lizards and mice avoid this oil.

Tansy Oil stimulates the endocrine glands and increases the secretion of hormones. It was found particularly effective on the thyroid and thymus glands, which directly affect growth and maturity.

This oil acts as a sedative for nerves and emotional impulses. In cases of anxiety, depression, anger, convulsions, nervous afflictions, epilepsy, hysteric attacks, and impulsive behavior, it can be used to pacify them and induce a relaxing effect on the nerves and the brain.

The poisonous effect of this oil kills the intestinal and other parasitic worms in the human body, such as round worms, tape worms, hook worms, and others. It is also used to kill worms that develop in wounds. This helps in the regrowth of healthy cells and quicker healing of wounds.

Oxidative stress is the formal name for our bodies “breaking down”. Oxidative stress is a result of free radical activity and presence throughout our body’s organ systems, which weakens the immune system by stretching it too thin and distracting it with cellular mutation and chronic disease. Research has connected Tansy Essential Oil supplementation with lowered oxidative stress levels and better overall health of the body, evidence by a decisive increase in white blood cells, the first line of defense for our immune system.

More evidence is needed to rate the effectiveness of tansy for these uses.

Tansy is also UNSAFE when applied to the skin. It can cause a severe skin reaction.

Special Precautions & Warnings:It is UNSAFE for anyone to use tansy, but some people with the following conditions have extra reasons not to use it:

Blending: The Essential Oil of Tansy blends well with those of cedar wood, helichrysum, lavender, ravensara, and rosemary. 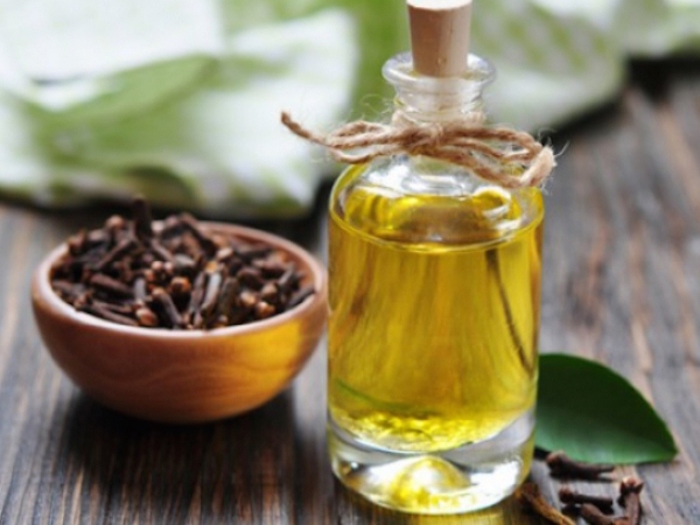