Cajeput oil is a volatile oil obtained by distillation from the leaves of the myrtaceous trees Melaleuca leucadendra, Melaleuca cajuputi, and probably other Melaleuca species. The trees yielding the oil are found throughout Maritime Southeast Asia and over the hotter parts of the Australian continent. The majority of the oil is produced on the Indonesian island of Sulawesi. The name “cajeput” is derived from its Indonesian name, “kayu putih” or “white wood”.

The oil is prepared from leaves collected on a hot dry day, macerated in water, and distilled after fermenting for a night. This oil is extremely pungent, and has the odor of a mixture of turpentine and camphor. It consists mainly of cineol, from which cajuputene, having a hyacinth-like odor, can be obtained by distillation with phosphorus pentoxide. The drug is a typical volatile oil, and is used internally in doses of 2 to 3 minims, for the same purposes as, say, clove oil. It is frequently employed externally as a  counterirritant. It is an ingredient in some liniments for sore muscles such as Tiger Balm and Indonesian traditional medicine Minyak Telon.

It is also used as an ingredient in inhalants/decongestants and topical pain/inflammation remedies such as Olbas Oil.

Cajeput oil has a tea tree oil like pale yellow color. It has a strong camphoraceous odor. It smells somewhat like hyacinth and has herbaceous undertones, which make it somewhat different from camphor oil.

Because of its healing properties, one can make use of cajeput oil for a variety of purposes.

There can be many conditions in which the person suffers from respiratory discomfort. It can be a cold, cough, flu, any infection like pneumonia, bronchitis or chronic conditions like sleep apnea or COPD. In these conditions, one can use cajeput oil to get relief from the chest and nasal congestion. It also helps in getting rid of the mucus, so that it provides much more relief. It can be used easily by putting a few drops in the vaporizer. This distributes its aroma in the environment. It exerts a calming effect on the nasal passage. The air feels cooler and stuffy nose is unblocked. This treatment may also be helpful in asthma as the oil is an antispasmodic. However, it may not help everyone with asthma. Since it is also an irritant, it may even worsen asthma in some people, or worse still, it may even trigger an asthma attack. So, one should use this effect only under the supervision of a trained professional.

If there is a fever, one can use cajeput oil to get some relief. One can take a bucket of water and add about 20 drops of cajeput oil. Now, soak cotton cloths in this water and apply it on the skin of the person. It exerts a cooling effect which takes away the fever. However, do not use this if the person is suffering from chills. It stimulates the organs, creates a warming effect, promotes circulation, and activates secretions. Being a stimulant, it also stimulates the Eccrine glands, promoting perspiration and thus acting as a Sudorific. These effects are very beneficial to the body because they are essential in removing the toxins from the body, which perspiration is known to do.

One of the greatest applications of cajeput oil is to provide relief from pain. It can be used for various kinds of pain, like that from an injury, arthritis, gout, back pain and even nervous issues like sciatica, neuralgia and neuritis. One can add 5 drops of cajeput oil to a base oil like olive oil or castor oil and massage it at the location of pain. It can also alleviate headaches but one should take extreme care to keep it away from the eyes. It has a warming and numbing effect on the area and therefore the sensation of pain is dulled for some time. Since it is anti-inflammatory, regular use of cajeput oil remedy can provide lasting relief from pain. When applied locally, such as on an infected tooth in case of a toothache or rubbed, it gives quick relief. However, consume only in highly diluted solutions.

This is perhaps the most prized property of Cajeput Oil. It is very efficient in fighting infections from bacteria, virus, and fungi, such as tetanus (bacteria), influenza (virus) and infectious diseases like cholera and typhoid. It can be externally applied to cuts and wounds from rusty iron to protect against tetanus, until a proper vaccine is taken. Add a few drops to clean water and use it to wash wounds, cuts, scrapes and burns. This prevents the chances of infection at the site.

Cajeput oil is a strong astringent. One can add a few drops in water, or witch hazel and apply it on the face using cotton balls. It takes away excess oil and can be used to take away the excess oily gloss on the face.

It has an effect similar to clove oil in relieving a toothache. Take a few drops of cajeput oil on a cotton ball. Place this cotton ball in between the teeth that is paining. This provides very fast relief from toothache and lasts for a few hours. It also disinfects the tooth and kills many germs in the mouth.

Cajeput oil is helpful in sinusitis and general sinus congestion. The best way to use cajeput oil in this condition is to prepare a steam. When the water is boiling, add about 20 drops of cajeput oil. Inhale the steam from this essential oil. It eliminates sinus congestion and therefore the headache and heaviness associated with it is also alleviated.

One can get relief from any kind of cramps by using cajeput oil. This time, cajeput oil is added to a warm water bath. Prepare some bathwater. Add about 1 cup of salt, or epsom salt to it. Then add about 20 drops of cajeput oil and lavender essential oil. Sit in this bath and gently massage the muscles that are sore and painful. It provides great relief with single application.

Cajeput oil is a prominent essential oil in aromatherapy. It is used to reduce brain fog, sluggishness and improve concentration. One can use it to stay alert. It can also be helpful in driving away anxiety and fostering feelings of confidence. When it is diffused in the air, it can also provide relief from nausea and curb vomiting. It calms irritation in pets.

It smoothens and brightens skin while keeping it free from infections, thus it is used extensively in cosmetics, and antiseptic creams. It also tones up the skin and is hence used as a general skin tonic. One can apply cajeput oil on the skin to get rid of scabies mites. The best base oil for this is neem oil, as it is a powerful insecticide and is a prominent herbal treatment for scabies, acne, eczema and psoriasis.

Cajeput oil is very efficient in killing and driving away insects. Its insecticidal properties are so strong that its diluted solution can be sprayed or vaporized with the help of a vaporizer to drive away mosquitoes, ants, and many other types of pests (of course, not cockroaches) from the rooms. Mosquito nets can also be dipped in its solution for added benefits. A diluted solution of cajeput oil can also be rubbed on the body to keep insects away. Furthermore, it also kills intestinal worms if a very mild diluted solution in water is consumed.

Cajeput oil can give you relief from gas trouble, since it has carminative properties. It restricts the formation of gas and helps to remove the gas that has already formed in the intestines.

Cajeput oil has many more uses besides its use in home remedies.

Cajeput oil is a strong irritant if used in the slightest excess. So, one should always dilute it in a base oil or water. This essential oil should not be used by pregnant women, and on babies. Cajeput essential oil may be helpful for eczema but it may be harmful for other skin conditions like psoriasis because it is an irritant. This oil is hardly used internally, even though it is a carminative. This should only be done under the supervision of a trained herbalist.

There is presently no information on the interaction of cajeput oil with medication.

The most prominent nutrient in cajeput oil is 1,8 – cineole, also known as eucalyptol. It is the ingredient which has an analgesic and numbing effect. It is also used for many of the industrial purposes. Besides these volatile components, cajeput essential oil contains small amounts of other compounds like terpineol, myrcene, p-cymene and other terpenoids.  These compounds have anti-inflammatory capabilities.

Cajeput oil has an ORAC value of 37,000 (μ mol TE/100 gm). The ORAC (oxygen radical absorbance capacity) is a measure of the antioxidant power of a substance. Cajeput essential oil comes out to be a strong antioxidant. So, even if a few drops of cajeput oil are used, there is significant ability in those few drops to neutralize harmful oxygen free radicals.

When buying cajeput oil, one should be cautious about adulteration. It is often adulterated with eucalyptus oil, camphor oil and many other camphor like ingredients. Therefore, one should make sure that the product is 100 % from cajeput tree. This essential oil needs to be stored in a cold environment, away from sunlight and properly covered. 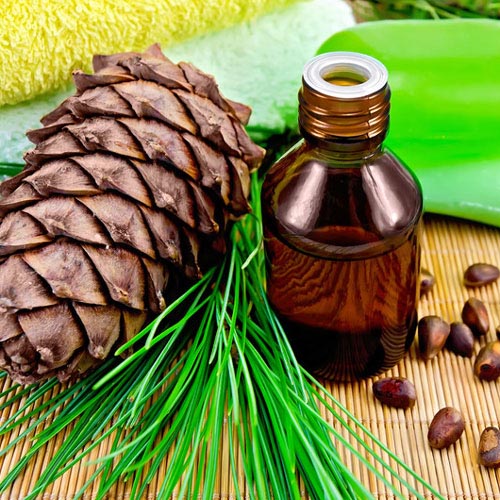