Oakmoss Oil comes from Oakmoss (Evernia Prunastri), a species of lichen. Oakmoss grows primarily on the trunk and branches of oak trees, but is also commonly found on the bark of other deciduous trees and conifers such as fir and pine. The thalli of oakmoss are short (3–4 cm in length) and bushy, and grow together on bark to form large clumps. Oakmoss thallus is flat and strap-like. They are also highly branched, resembling the form of deer antlers. It can be found in many mountainous temperate forests throughout the Northern Hemisphere, including parts of France, Portugal, Spain, North America and much of Central Europe.

The colour of oakmoss ranges from green to a greenish-white when dry, and dark olive-green to yellow-green when wet. The texture of the thalli are rough when dry and rubbery when wet. It is used extensively in modern perfumery. The lichen has a distinct and complex odor and can be described as woody, sharp and slightly sweet. Oakmoss growing on pines have a pronounced turpentine odor that is valued in certain perfume compositions.

In perfumery oakmoss has been prized for its aroma, heavy and oriental-like at first, becoming very refined when dried, reminiscent of bark, seashore and foliage. It imparts a wet forest floor aroma in compositions resulting in a naturalness and rich earthy, damp and creamy undercurrent when used with restraint. Its remarkable quality is its ability to render a velvety softness to floral bouquets, green fragrances and heavy orientals alike, also possessing fixative properties imparting longevity in the perfumes that contain it and anchoring the more volatile notes.

Francois Coty, contrary to popular myth, was not the first one to capitalize on its fragrant properties in his Chypre in 1917, which inaugurated a new fragrance family. He did make it popular though and is indirectly responsible for the birth of many wonderful spawns, so a belated huge thanks is in order.

Chypre means of course Cyprus, the greek island of Venus with the rich history, and this is where the composition originated, albeit in a less standardised form, even from the time of Romans who created a mix of storax , labdanum and calamus (ingredients also present in chypre perfumes) in the island of Cyprus; this gave rise to the Middle Ages and Rennaisance alloys with oakmoss at its base.
We learn from Ayala’s excellent Smelly blog that as early as the 12th century AD pastilles and “Oyselets de Chypre” (Chypre Birds) were made by mixing labdanum (a resinous material combed off the hair of goats grazing on cistus labdanum/rockrose), styrax and calamus, with the addition of tragacanth. This was burned as incense, alluding to the ancient ritual origins of perfume “perfumum” (=through smoke); while the birds served decorative purposes and scented the air. It wasn’t until the 14th century that oakmoss was added to these pastilles. Two recipes from 1777 for chypre compositions include oakmoss as well as civet, ambergris, musk and various resins and plant aromatics, two of which are rose and orange blossom.

The essential oil of oakmoss concrete was extracted by volatile oil content equipment. The chemical compositions and their relative contents were analyzed by GC and GC/MS. A Supelco-5 fused silica capillary column (30 m x 0.32 mm i.d.; 0.25 micron thickness) and a flame ionization detector (FID) were employed in GC analysis. The temperature program included temperature increase of 4 degrees C/min from 50 degrees C to 250 degrees C, and a 10 min isothermal period at 250 degrees C. Mass spectra were obtained by electron impact at 70 eV and a source temperature of 170 degrees C. Twenty-four volatile compounds of oak mass concrete were identified, which comprised more than 83% of volatile fraction. The major components were diethyl phthalate, alpha-terpineol, cedrane and linalool.

The essential oil of Oak Moss is extracted first by the solvent extraction method, which first yields a concrete, and then is completed by a vacuum distillation method. It contains antiseptic, demulcent, expectorant, and restorative therapeutic properties. It is added to soaps to enhance their antibacterial and antiseptic qualities. It is also added to cosmetic creams and lotions to help combat inflammations on the skin and those obtained during shaving. The oil is mostly produced in France, with the USA and Bulgaria following suit.

The process of loosening the hard phlegm or catarrh accumulations in the various parts of the respiratory system, such as the bronchi, trachea, larynx, pharynx, and lungs and removing them from the body is called expectoration. It gives immense relief from congestion in the chest, breathing troubles, asthma attacks, and coughs.

The agent that results in expectoration is called an expectorant. The essential oil of Oakmoss is a powerful expectorant; it pulls out phlegm and catarrh and gives relief from the associated symptoms.  Again, this does not make you feel sleepy like most of the expectorants that are available on the market. It also has anti-inflammatory qualities that aid in soothing swollen spots on the body.

Oakmoss Oil as one of the Essential Oils

Oakmoss is one of the most commonly used raw materials, especially in chypre and Fougère types of perfumes. Often used as a fixative, it not only improves the longevity of the composition but also lends a delicate forest-like, rich and earthy aroma to the fragrant composition, leaving a natural, damp and creamy soft trail. This raw material is usually commercially grown in South-Central Europe and exported to Grasse in France, where the majority of the perfumery houses are situated. Oakmoss absolutes and extracts, derived from the lichen, have a distinctively woody, sharp and very sensual aroma that combines very well with floral and green notes, and makes a great addition to oriental type fragrances. A special type of oakmoss which grows on pine trees has a slightly different, turpentine-like smell, which makes it highly valued among perfumers.

The lichen has been used as a perfume agent at least since the 1300’s. In the 1500’s it was common throughout Europe as a fragrance material in sachets (small cloth scented bag filled with herbs and aromatic ingredients) and also in powdered form to powder wigs. From the mid 1700’s the lichen was used in the form of tincture in (alcohol-based) perfumes.

It has been used as a leavening agent in dough making and also as a seasoning in bread (sourdough bread). Additionally it has been used instead of hops (Humulus lupulus) in beer. Extracts of the lichen are used to some extent for seasoning in the food industry.

This use was well known to Egyptians and is still practiced by the Copts. In Northern Europe it was employed in bread baking to add flavor and as an agent to for retaining flavors of other added ingredients. Extracts made from the lichen as still employed today in flavorings for various food products. Oakmoss was imported both in the dry and powdered state.

Oakmoss Essential Oil soothes the skin and keeps it smooth and soft by maintaining the moisture and oil balance of the skin.

The oil has soothing effects on your digestive system as well. It also provides relief from wounds, inflammation, scratches and irritation in the esophagus, intestines, and stomach. Acidity and highly spicy food are the usual reasons for the conditions mentioned above.

Oakmoss oil can also soothe inflammation and reduce irritation in the nervous system. Lastly, it also soothes the excretory tracts and mucous membranes.

4. Oakmoss Oil As An Antiseptic Agent

Sepsis is a situation caused by infections from microbes, predominantly bacteria. Others, like viruses, protozoa, and fungi can join the place already weakened with infection and make the situation worse.

The essential oil of Oak Moss has antiseptic properties and there are two good things about it. It does not give burning sensation like the dreaded tincture and it is a sweet-smelling natural substance. It protects from sepsis by creating conditions in the body that are unfavorable for microbial growth and by eliminating the microbes that are already present in the body or on the wounds.

6. Oakmoss Oil As A Restorative Agent

A restorative agent does what its name suggests; it restores something to its initial condition. Oakmoss oil is an effective restorative, which helps reduce the effect of aging and helps your body recover.

It quickens healing processes and helps restore cells, tissues, muscles and organs to a healthy state. Apart from that, a restorative agent also restores your health and boosts your immunity.

Lavender Side Effect And Safety

Oak moss might be safe for most people when taken for short periods of time as a water-based tea. When taken in large amounts, for long periods of time, or as an alcohol extract, oak moss is UNSAFE. Oak moss contains a toxic chemical called thujone. It can cause side effects such as restlessness, vomiting, dizziness, tremors, kidney damage and convulsions.

Pregnancy and breastfeeding: It’s UNSAFE to take Oakmoss if you are pregnant. It contains a chemical called thujone that might cause the uterus to contract, and this could cause a miscarriage.

A blood disorder called porphyria: Oakmoss might make this condition worse. Don’t use oak moss if you have porphyria. 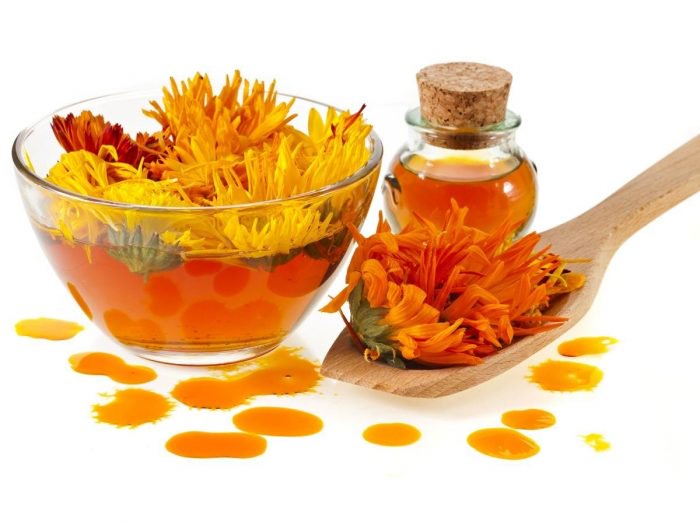