Artemisia /ˌɑːrtᵻˈmiːziə/ is a large, diverse genus of plants with between 200 and 400 species belonging to the daisy family Asteraceae. Common names for various species in the genus include mugwort, wormwood, and sagebrush.

Artemisia comprises hardy herbaceous plants and shrubs, which are known for the powerful chemical constituents in their essential oils. Artemisia species grow in temperate climates of both hemispheres, usually in dry or semiarid habitats. Notable species include A. vulgaris (common mugwort), A. tridentata (big sagebrush), A. annua (sagewort), A. absinthium (wormwood), A. dracunculus (tarragon), and A. abrotanum (southernwood). The leaves of many species are covered with white hairs.

Most species have strong aromas and bitter tastes from terpenoids and sesquiterpene lactones, which discourage herbivory, and may have had a selective advantage. The small flowers are wind-pollinated.[5]Artemisia species are used as food plants by the larvae of a number of Lepidoptera species.

Some botanists split the genus into several genera, but DNA analysis does not support the maintenance of the genera Crossostephium, Filifolium, Neopallasia, Seriphidium, and Sphaeromeria; three other segregate genera Stilnolepis, Elachanthemum, and Kaschgaria, are maintained by this evidence. Occasionally, some of the species are called sages, causing confusion with the Salvia sages in the family Lamiaceae.

The aromatic leaves of some species are used for flavouring. Most species have an extremely bitter taste. A. dracunculus (tarragon) is widely used as a culinary herb, particularly important in French cuisine.

Artemisia absinthium (absinth wormwood) was used to repel fleas and moths, and in brewing (wormwood beer, wormwood wine). The aperitif vermouth (derived from the German word Wermut, “wormwood”) is a wine flavored with aromatic herbs, but originally with wormwood. The highly potent spirits absinthe and Malört also contain wormwood.

Artemisia arborescens (tree wormwood, or sheeba in Arabic) is a very bitter herb indigenous to the Middle East used in tea, usually with mint. A few species are grown as ornamental plants, the fine-textured ones used for clipped bordering. All grow best in free-draining sandy soil, unfertilized, and in full sun.

Artemisia has been mentioned and used in popular culture for centuries. A few examples are:

What is Mugwort Essential Oil?

The leaves and flowers of the Artemisia vulgaris plant are steamed distilled to form the essential oil. The oil is primarily produced in France, Germany and in the Far East. The artemisia used in the East is usually A. moxa and A. sinensis, which is prepared into sticks for moxibustion, a process that is combined with acupuncture to create a deeper and more potent form of therapy.

This aromatic perennial herb has red-purple stems and deeply cut, dark green leaves with white undersides. Panicles of tiny red-brown flowers appear in summer. It was traditionally used as a charm to protect against evil and danger. In Chinese medicine, the dried, compressed leaves (moxa) are used to briefly warm the skin in case of internal cold. As a herb, it was used as a digestive stimulant, a diuretic, and a nerve tonic.

In Europe, Mugwort herb has been held in association with witchcraft and was seen as a protective charm against evil and danger. The oil is a yellow-orange mobile liquid with a blue-violet tinge and an intensely sweet, almost floral citrus scent. It blends well with citrus oils, especially neroli, and with spice oils such as nutmeg, cinnamon, and clove. Mugwort oil is extremely popular as a fragrance component in soaps, colognes and perfumes. In the British Herbal Pharmacopoeia Mugwort is specifically listed for amenorrhea and dysmenorrhoea.

Mugwort oil is extracted from the leaves and flowering tops.

The soothing and the relaxing effects of this oil on the brain and the nervous system makes it calm down any epileptic and hysteric attacks when they occur, while in the long run, it can even cure epilepsy and hysteria to a great extent.

This oil has a warming effect on the body, which can be used to counter the effects of cold temperatures and moisture in the air. It also helps to fight infections.

This property may be a great help for those who are suffering from chronic renal failure and an accumulation of water in the body or those who are suffering from renal calculi, obesity, hypertension, and symptoms associated with the accumulation of toxins in the body, such as rheumatism, arthritis, and gout. Being a diuretic, Mugwort Essential Oil increases urination, both in frequency and quantity, which helps remove excess water, salts, fat (urine contains fats up to 4% of the total urine), and toxins like uric acid. This gives effective protection from the symptoms discussed above and makes the body feel lighter. This also facilitates digestion and increases appetite.

This oil acts as a tonic for the nerves. It is effective in treating nervous afflictions and disorders, as well as in strengthening the nerves. Being a relaxant and a stimulant at the same time, this essential oil sedates the nerves’ afflictions and relaxes them in cases of shock or hyper-reactivity, while also stimulating them to make us more active and alert.

The effect of a stimulant can be seen on all the organs and the systems functioning in the body. Mugwort Essential Oil stimulates almost all the functions in the body, including circulation, the secretion of hormones and enzymes from endocrinal glands, the discharge of bile and other gastric juices into the stomach, the stimulation of nervous responses, neurons in the brain, palpitations, respiration, peristaltic motion of the intestines, menstrual discharges, and production and secretion of milk in the breasts. Many of these effects are due to its stimulating effects on certain hormones that regulate bodily functions.

This oil maintains proper health of the uterus. It maintains proper uterine discharges and stimulates the production of certain hormones that keep the uterus functioning properly and safe from the effects of aging. It also protects it from uterine ulcers and tumours.

The Essential Oil of Mugwort kills intestinal worms due to its toxic nature, but it should be administered in very mild doses to children. It is effective on both roundworms and tapeworms. Worms hinder normal growth and the absorption of nutrients in the body, making the body weak. Mugwort Oil can re-establish a normal growth pattern and bring strength back to the body by eliminating these worms.

Other Benefits: It is used to treat amenorrhea and dysmenorrhoea. It is also used to improve concentration and memory, particularly when mixed with essential oils of rosemary and sage.

Some consider this a toxic oil that should never be used in any way because it contains alpha-thujone, the less toxic type of thujone. Thujones are also present in sage, nutmeg, tansy, yarrow, and wormwood. Contrary to claims on the web, no research has shown that thujone is a carcinogen (in fact, the MSDS for this essential oil says it is NOT carcinogenic). It hasn’t been shown to be a neurotoxin, either, but very little research has been done on this essential oil. Thujone does kill some bugs and molluscs, and a small study showed that alpha- and beta-thujones have a negative effect on concentration. Also, a fellow who drank 10 ml (about 1/3 ounce) of wormwood essential oil ended up dead of kidney failure. Never ingest any essential oils, but especially not those containing thujone. There is more thujone in rosemary than in mugwort; sage has more thujone than any other plant, and in fact, the FDA considers sage to be a toxic herb. Don’t use this oil if you have epilepsy.

Today, mugwort is known as an exemplary dream herb, many have reported that if mugwort is used as a tea before bed, or even just sprinkled around your pillow, a person may have lucid dreams that night. Similarly, mugwort essential oil may be diffused into a bedroom or diluted and used as a pillow spray in dreamwork. Due to its thujone content, mugwort oil should always be used sparingly in dilution, and should never be taken internally. A few drops of a mugwort oil blend in a diffuser or room spray are all it takes to induce vivid, memorable dreams that can be recalled upon waking.

Specific: Not for use in pregnancy except under the supervision of a qualified healthcare practitioner.

General: We recommend that you consult with a qualified healthcare practitioner before using herbal products, particularly if you are pregnant, nursing, or on any medications.

Combining With Other Essential Oils 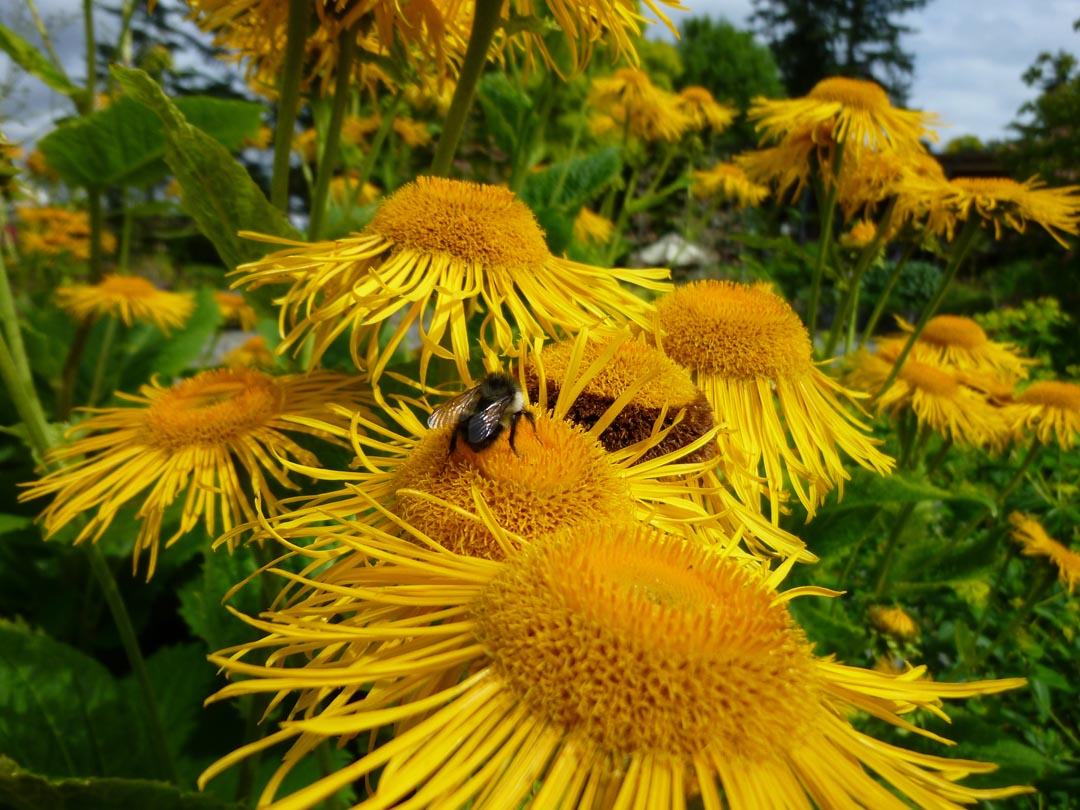