Valerian (Valeriana officinalis, Caprifoliaceae) is a perennial flowering plant, with heads of sweetly scented pink or white flowers that bloom in the summer. Valerian flower extracts were used as a perfume in the 16th century.

Native to Europe and parts of Asia, valerian has been introduced into North America. The flowers are frequently visited by many fly species, especially hoverflies of the genus Eristalis. It is consumed as food by the larvae of some Lepidoptera (butterfly and moth) species including the grey pug.

Other names used for this plant include garden valerian (to distinguish it from other Valeriana species), garden heliotrope (although not related to Heliotropium), and all-heal (which is also used for plants in the genus Stachys). Red valerian, often grown in gardens, is also sometimes referred to as “valerian”, but is a different species (Centranthus ruber) from the same family and not very closely related.

Crude extract of valerian root is sold as a dietary supplement in the form of capsules. Valerian root may have sedative and anxiolytic effects. The amino acid valine is named after this plant.

Valerian is a perennial herb that grows between 2-5 feet in height, with one or more hollow stems. These stems support pinnate leaves with 7-10 lanceolate segments between 2-8 cm in length.  It has thick, short roots that are greyish in color and it is crowned with small, pinkish white blossoms with a delicate fragrance. Valerian likes to grow in damp areas, along streams & ditches throughout Europe & Asia, and is becoming naturalized to the eastern United States. Valerian is closely related to Spikenard (Nardostachys jatamansi).

There are about 200 known species of Valerian growing in temperate climates worldwide. Having Valerian in the garden helps to enhance earthworm activity and stimulates the growth of neighboring plants.

The name Valerian is thought to have originated from either the Latin “valere” which means, “to be in health” or from the Roman emperor, Valerianus. “Officinalis” indicates that’s that this was an official herb of the apothecaries & used for medicine.  The ancient Greeks referred to it as “Phu”.

Aelius Galenus, the popular Roman physician, philosopher and surgeon prescribed Valerian root for treating insomnia. Valerian tea was prescribed to treat a sick woman by Pilgram Marpeck, the Anabaptist reformer in the sixteenth century. Dioscorides, the renowned Greek physician recommended this herb for the treatment of digestive disorders, urinary tract infections, heart palpitations, epilepsy and few other skin problems. Hippocrates, the father of western medicine also suggested Valerian root as an effective anti-depressant and as a remedy for treating insomnia.

During the medieval times in Sweden, this herb was said to be placed in the wedding clothes of the bridegroom to keep away from the envy of the elves. Such a historical mark of this herb spread its use extensively as an efficacious sedative for nervous disorders, menstrual cramps, anxiety, behavioral problems in childhood, high blood pressure, irritable bowel syndrome, learning difficulties and few other health conditions. Valerian was also used in baths to alleviate pain and promote sleep for fibromyalgia patients.

What is Valerian Essential Oil?

While there is some controversy about how effective valerian root or essential oil is for certain conditions, there are hundreds of years of experiential evidence to back up these natural health benefits, and the scientific evidence that has been accumulated is significant and impressive.

Known compounds detected in valerian that may contribute to its method of action are:

One of the oldest and most studied benefits of valerian essential oil is its ability to cure insomnia and improve the quality of sleep. Its many active components coordinate an ideal release of hormones and balances the body’s cycles to stimulate restful, thorough, undisturbed sleep. This has been one of the main uses of valerian root since ancient times. Valerian is a well-known alternative to prescription drugs for sleeping disorders mainly because of its safe and gentle effects on the human body. Numerous studies have proved that Valerian aids people to fall asleep quicker and is also found that they have a quality sleep without any disturbances mentally. Researchers also ensure that not like many over-the-counter sleeping pills, valerian have lesser side effects. Valerian root essential oil can be used by burning it in an aroma lamp before going to bed or used as soothing massage oil with tranquilizing carrier oils like coconut oil or by adding few drops to your bathing water in the evening.

This is somewhat related to the previous point about sleep disorders, but valerian essential oil is also widely used to improve mood and reduce anxiety. The same mechanism of action that enables healthy sleep also helps to reduce the negative energy and chemicals in the body that can induce anxiety and stress. These stress hormones can be dangerous when chronically in the body, so valerian essential oil can help you rebalance your body and increase your peace and calm. Renowned scientists trust that Valerian augments the amount of GABA in the brain where GABA is a chemical by name gamma aminobutyric acid. This chemical aids in promoting a calming effect on anxiety and control the nerve cells. The distinct aroma of this oil is trusted to combat seizures, anxiety, neuralgia, emotional stress, mental strain, depression, restlessness, tension and trauma.

When you have an upset stomach, many people turn to pharmaceutical solutions, but natural solutions are often best for gastrointestinal problems. Valerian essential oil can quickly ease upset stomachs and induce healthy bowel movements and urination. This can help to detoxify the body and improve the nutrient absorption of the gastrointestinal tract, thereby improving health in numerous ways.

Valerian Essential oil has been directly linked to a lower occurrence of heart palpitations in certain study subjects. The volatile compounds in this essential oil interact with the acids and oils in your heart to stimulate a more normal metabolic rate and calm down erratic behavior of your cardiovascular system.

In terms of maintaining your skin health, topical or internal application of valerian essential oil can be an unexpected ally. Valerian essential oil is able to infuse the skin with a healthy blend of protective oils that protect against the development of wrinkles and also functions as an antiviral barrier that helps keep you healthy. Few drops of Valerian essential oil added to your skin cream can help in treating dry scaly skin. The antibacterial properties of this oil is helpful in the remedy of burns, cuts, wounds, open sores, eczema, bruises, psoriasis, itchiness, boils, acne, scars, insect bites, stings etc. You can apply this oil externally on the affected area after blending it with your favorite carrier oils or to your skin care cream. The soothing effect of this oil will calm and cool your skin instantly.

The same active ingredients that make valerian root so helpful for stress and anxiety also help the body regulate its blood pressure. High blood pressure can cause unnecessary strain on the cardiovascular system and increase the chances of strokes and heart attacks. Valerian essential oil can naturally reduce these risks through internal consumption.

Although many essential oils claim to positively affect cognitive ability, but valerian root has been heralded as a brain booster for hundreds of years. It stimulates different areas of the brain and increases circulation, stimulating pathways that keep our brains fresh and active. Students and elderly people consume valerian root all over the world for increasing their academic performance, as well as to protect their memory and delay any cognitive disorders, like dementia or Alzheimer’s disease.

It is a well-known fact that numerous herbalists and physicians use preparations containing Valerian essential oil in the treatment of many psychosomatic problems, peripheral, central and autonomic nervous system conditions. The attention-enhancing property of this herb has made some German physicians to use Valerian root to treat ADHD, attention deficit hyperactivity disorder in children.

The relaxing nature of valerian essential oil has made it a popular part of pregnancy and menstrual therapy for many years. It can reduce the severity and discomfort of menstrual cramps, which is a welcome relief to many women who suffer through menstruation cramps, as well as discomfort and pain during pregnancy. According to the PMDD information blog that talks about preventing and treating severe premenstrual syndrome, valerian root is an effective natural remedy for treating PMDD problems and dysmenorrhea. Valerian root essential oil also aids in treating migraine pains, gout pains, rheumatism and headaches due to cold. With its antispasmodic properties, this oil is also used widely in the healing of muscular spasms. Charaka Samhita says that the best way to keep away from pain and get a peaceful sleep is to take a warm, relaxing bath before bed. Adding 2 to 3 drops of Valerian oil to your bath tub can help you fight against most of your painful conditions effectively.

Few adverse events attributable to valerian have been reported. Large doses may result in stomachache, apathy, and a feeling of mental dullness or mild depression. Because of the herb’s tranquilizer properties, it may cause dizziness or drowsiness, effects that should be considered before driving or operating heavy or hazardous equipment.

In rare cases, valerian may cause an allergic reaction, typically as a skin rash, hives, or difficulty breathing. This should be treated as a medical emergency.

Because the compounds in valerian produce central nervous system depression, they should not be used with other depressants, such as ethanol, benzodiazepines, barbiturates, opiates, kava, or antihistamine drugs. Moreover, non-pregnant adult human hepatotoxicity has been associated with short-term use (i.e., a few days to several months) of herbal preparations containing valerian and Scutellaria (commonly called skullcap). Withdrawal after long-term use in a male has also been associated with benzodiazepine-like withdrawal symptoms, resulting in cardiac complications and delirium.

The very limited animal and human data do not allow a conclusion as to the safety of valerian during pregnancy. Moreover, as a natural, unregulated product, the concentration, contents, and presence of contaminants in valerian preparations cannot be easily determined. Because of this uncertainty and the potential for cytotoxicity in the fetus and hepatotoxicity in the mother, the product should be avoided during pregnancy.

Traditional Use and Folklore of Valerian Essential Oil

Rats love the aroma of valerian.  It is believed that the Pied Piper put Valerian in his pockets to lure the rats out of the city of Hamelin. At one time it was also believed that Valerian, if worn, was a protective amulet against evil.  It was believed that this plant had the ability to turn bad things into good.

Valerian is associated with the element of Water, and the planet Venus, it is considered an herb of protection. It evokes animal magic and has an affinity for working with Cat Medicine (cats love Valerian almost as much as catnip!)

Magical uses of Valerian include putting the powdered root in a sachet to protect one’s home from lightning, or placed under the pillow to help with sleep. It was added to love sachets, and believed to cause men to follow a woman around who had a sprig of valerian attached to her clothing.

28 Caraway Essential Oil Uses and Benefits That Will Surprise You

13 Calamus Essential Oil Uses and Benefits That Will Surprise You 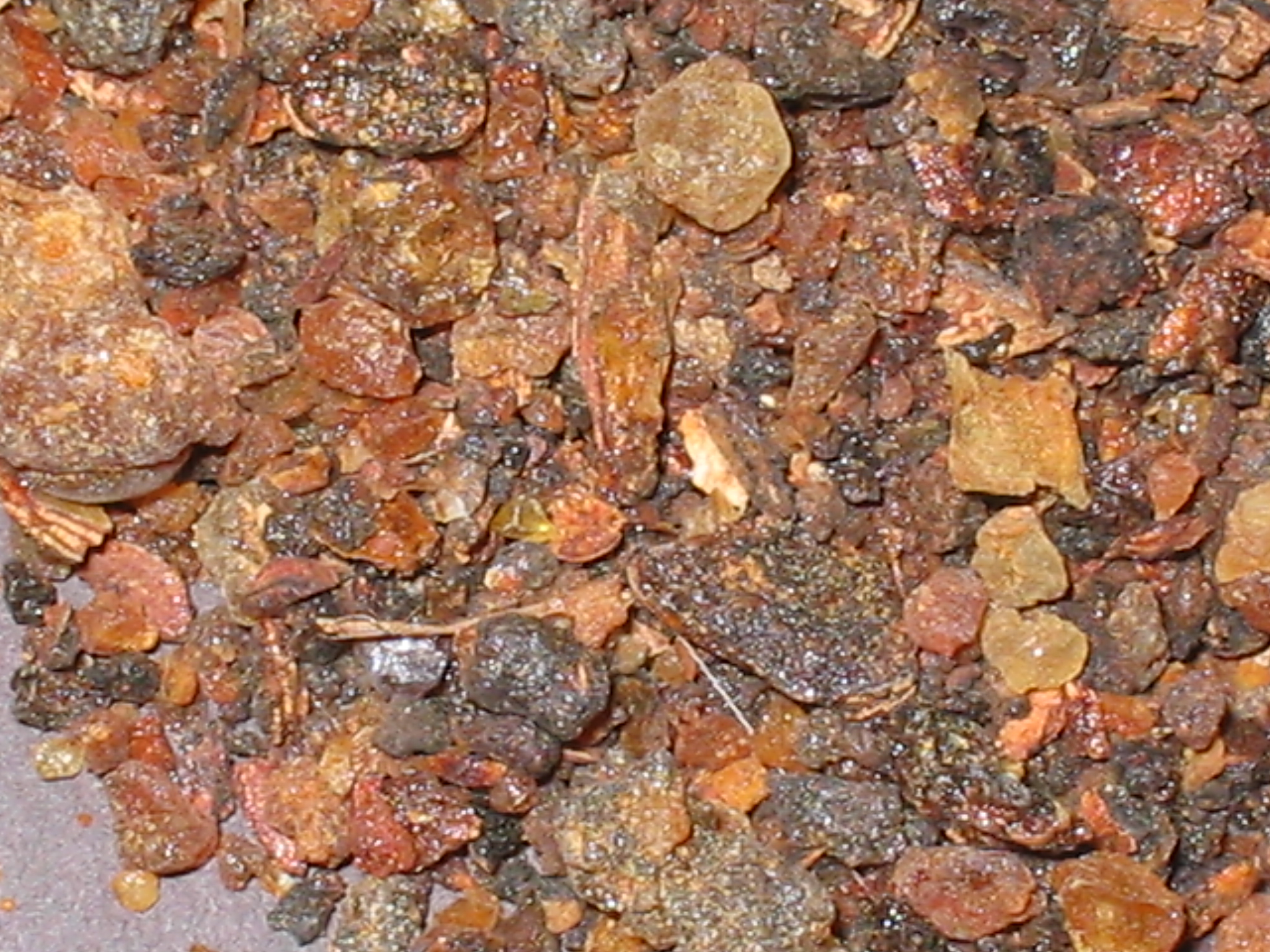