Calamintha belongs to a genus closely related to both thyme and to catnip and ground ivy.

It is an erect, bushy plant with square stems, rarely more than a foot high, bearing pairs of opposite leaves, which, like the stems, are downy with soft hairs. The flowers bloom in July and August, and are somewhat inconspicuous, drooping gracefully before expansion: the corollas are of a light purple color.

It contains a camphoraceous, volatile, stimulating oil in common with the other mints. This is distilled by water, but its virtues are better extracted by rectified spirit.

Diaphoretic, expectorant, aromatic. The whole herb has a sweet, aromatic odor and an infusion of the dried leaves, collected in July, when in their best condition and dried in the same way as catmint tops, makes a pleasant cordial tea, which was formerly taken for weaknesses of the stomach and flatulent colic.

Calamintha Oil relieves convulsions and cramps, shortness of breath, or choleric pains in the stomach or bowels, and cures jaundice. Taken with salt and honey, it kills worms.

According to the National Institutes of Health, calamintha oil is used for a number of stomach issues and works similar to peppermint oil. In studies, the essential oil showed the same effects as a nonselective central nervous system-depressant drug. The hypnotic effects of sodium pentobarbital is visible. The oil can decrease the induction time and enhancing the sleeping time. Moreover, it produces a decrease in body temperature and a protection against pentylenetetrazole-induced convulsions.

How to Use Peppermint Oil for Stomach Cramps, Indigestion, Muscle Pain and Cold Symptoms; Uses and Benefits 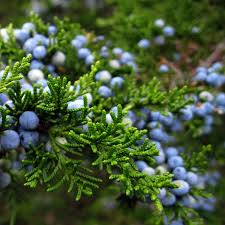