Cinnamomum camphora (commonly known as camphor tree, camphorwood or camphor laurel) is a large evergreen tree that grows up to 20–30 m (66–98 ft) tall. The leaves have a glossy, waxy appearance and smell of camphor when crushed. In spring, it produces bright green foliage with masses of small white flowers. It produces clusters of black, berry-like fruit around 1 cm (0.39 in) in diameter. Its pale bark is very rough and fissured vertically.

Cinnamomum camphora is native to China south of the Yangtze River, Taiwan, southern Japan, Korea, and Vietnam, and has been introduced to many other countries.

In Japan, where the tree is called kusunoki, five camphor trees are known with a trunk circumference above 20 m, with the largest tree (Kamou no Ohkusu) reaching the circumference of 24.22 m.

Camphor laurel contains volatile chemical compounds in all plant parts, and the wood and leaves are steam distilled for the essential oils. Camphor laurel has six different chemical variants called chemotypes, which are camphor, linalool, 1,8-cineole, nerolidol, safrole, or borneol. In China, field workers avoid mixing chemotypes when harvesting by their odour. The cineole fraction of camphor laurel is used in China to manufacture fake “Eucalyptus oil”.

The chemical variants (or chemotypes) seem dependent upon the country of origin of the tree. The tree is native to China, Japan, and Taiwan. It has been introduced to the other countries where it has been found, and the chemical variants are identifiable by country. e.g.,C. camphora grown in Taiwan and Japan is normally very high in linalool, often between 80 and 85%. In India and Sri Lanka, the high camphor variety/chemotype remains dominant. C. camphora grown in Madagascar, though, is high in 1,8 cineole (averaging between 40 and 50%). The essential oil from the Madagascar trees is commercially known as ravintsara.

What is Camphor Essential Oil?

Today, using advanced distillation techniques, three different types of camphor essential oil are produced- white, yellow, and brown. The yellow and the brown camphor oil contain a toxic substance called safrole and hence only white camphor is used for medicinal and aromatic purpose. However, proper care should be taken even while using white camphor oil to avoid overdose.

Camphor oil has a duel action of hot and cold, which has a balancing effect on the yin and yang energies. When first applied camphor oil numbs and cools the peripheral nerve endings, then warms the painful area as it stimulates circulation to cold, stiff muscles and limbs. This analgesic effect of camphor makes it a favorite oil to be used in pain relieving massage blends for sore muscles, low back pain, and arthritic pain.

Powerful and medicinal are two words to describe the unique scent of camphor. Because of its strong aroma, peasants used to wear lumps of of camphor around their necks to repel infectious diseases. For over 5,000 years Ayurvedic medicine has utilized camphor mainly as a germ killer. Camphor was also used in Persia (now Iran) as a remedy for the plague. Even modern day people turn to camphor to fight cold symptoms. Besides fighting colds, camphor has many other uses. Ancient inhabitants of India used camphor in a variety of religious rituals. The Chinese used camphor wood to build ships and temples, not just for the wood’s durability, but also because of its aromatic properties. Camphor has another unique use: that of a moth repellent. Therefore, it’s a great natural way to protect much-loved wardrobes from the damage moth infestation causes.

Camphor oil is extracted by steam from the the chipped wood, root stumps and branches and is then rectified under vacuum and filter pressed.

The brown and yellow camphor oil has a very high safrole content, with yellow having between 10 – 20 % and the brown having 80%. These two oils are considered toxic, as well as carcinogenic.

Camphor oil is an effective stimulant, which boosts the activity of the circulatory system, metabolism, digestion, secretion and excretion. This property helps in treating problems and ailments associated with improper circulation, digestion, sluggish or overactive metabolic rates, obstructed secretions, and a wide variety of other less common conditions.

Camphor oil is an excellent disinfectant, insecticide and germicide. It can be added to drinking water to disinfect it, particularly during the summer and in rainy seasons when there is a higher chance of water becoming infected. An open bottle or container of camphor oil, or burning a piece of cloth soaked in camphor oil, drives away insects and kills germs. A drop or two of camphor oil, mixed with a large quantity of food grains, keep those food items safe from insects. Camphor is also used in many medical preparations such as ointments and lotion to cure skin diseases, as well as bacterial and fungal infections of the skin. When mixed into bathing water, camphor oil disinfects the whole body externally and kills lice or other small parasites of bugs that might be on your body.

It is very helpful in giving relief for gas trouble. Primarily, it does not let gas form and secondarily, it effectively removes the gases and expels them in a healthy way.

It acts as a good anesthetic and is very effective for local anesthesia. It causes numbness of the sensory nerves at the area of application. It also reduces the severity of nervous disorders and convulsions, epileptic attacks, nervousness, and chronic anxiety.

It is a very efficient antispasmodic and gives immediate relief from spasms and cramps. It is also effective at curing extreme spasmodic cholera.

Camphor oil, when consumed or eaten, boosts the libido by stimulating those portions of the brain which are responsible for sexual desires and urges. When externally applied, it helps to cure erectile problems by increasing blood circulation in the affected parts, since it is a powerful stimulant.

Neuralgia, a severely painful situation is caused when the Ninth Cranial Nerve is impacted due to swelling of the surrounding blood vessels, can be treated using camphor oil. This oil can make the blood vessels contract and thereby reduce pressure on the Ninth Cranial Nerve. This is yet another application of the sedative and soothing properties of this versatile oil.

The cooling and penetrating effects of camphor oil make it an anti-inflammatory and sedative agent. It is very helpful in curing nearly all types of inflammation, both internal and external. It also relaxes the body and mind while giving a feeling of peace and freshness. It proves to be very cooling and refreshing, particularly in the summer. Camphor oil can also be mixed with bathing water to have that extra sensation of coolness in the summer heat.

Being a detoxifier and a stimulant for circulatory system, camphor oil excites blood circulation and gives relief to rheumatic diseases, arthritis, and gout. It is also considered an antiphlogistic, that is, it reduces the swelling of body parts. This is yet another beneficial effect of proper circulation.

It does have some narcotic effects, since it temporarily desensitizes the nerves and relaxes the brain. It can also make a person lose control over their limbs if taken in excess, since it impacts brain function. The smell of camphor oil is also somewhat addictive. People have been seen to develop strong addictions to smelling camphor oil or consuming it, so be careful!

The strong, penetrating aroma of camphor oil is a powerful decongestant. It immediately relieves congestion of the bronchi, larynx, pharynx, nasal tracts and lungs. It is therefore used in many decongestant balms and cold rubs.

If you suffer from itching and rashes, do this simple home remedy. Take a piece of edible camphor and mix it with little amount of water. Wash the effected area with this homemade camphor rinse. You will find the itching gradually reducing. But make sure not to use the camphor on open wounds and cuts.

In India, we make a camphor oil at home to treat pregnancy cramps. Mustard oil or coconut oil is heated with synthetic camphor till it is fully melted. Once it cools down to lukewarm temperature, it is can be massaged on the legs. Even I followed this remedy, when I was pregnant with my son, as I suffered from cramps during the last trimester.

Massaging the skin with few drops of good quality camphor essential oil along with a base oil will treat acne and acne scars very effectively. Never use the camphor essential oil directly on the skin. Some good base oils are extra virgin olive oil, coconut oil, almond oil, wheat germ oil, etc.

This home remedy for treating chest congestion is very popular in India and it is very effective. To make the remedy, take mustard or coconut oil and heat it along with little synthetic camphor. When it is warm, rub it on the child’s chest and back to get good relief from chest congestion.

Camphor essential oil when added to our regular hair oil stimulates blood flow to the area and promotes hair growth. However use this as a pre shampoo treatment as the smell of camphor will be very strong if used as a leave in massage oil. This treatment also treats dandruff.

A Few Words of Caution

Camphor oil is toxic and can be fatally poisonous if ingested in excess. Even 2 grams can be lethal. Ingestion of a slight overdoses can still manifest symptoms of poisoning, including extreme thirst, vomiting, and a drop in body temperature. It’s always important to remember that a substance which is toxic for insects can be toxic for human beings as well.

Oil Specific: Avoid with homeopathics and while pregnant. May cause skin irritation. Avoid in cases of epilepsy.
General: As with all essential oils, never use them undiluted, in eyes or mucus membranes. Do not take internally unless working with a qualified and expert practitioner. Keep away from children. If applying an essential oil to your skin always perform a small patch test to an insensitive part of the body (after you have properly diluted the oil in an appropriate carrier.

It also has a positive effect in colds and flu, infectious diseases, bronchitis, coughs, and can assist with muscular pains, rheumatism, sprains, arthritis etc.

Although essential oils in general blend well together, camphor oil blends particularly well with the basil, cajuput,chamomile, lavender and melissa.

Ingredients to die for 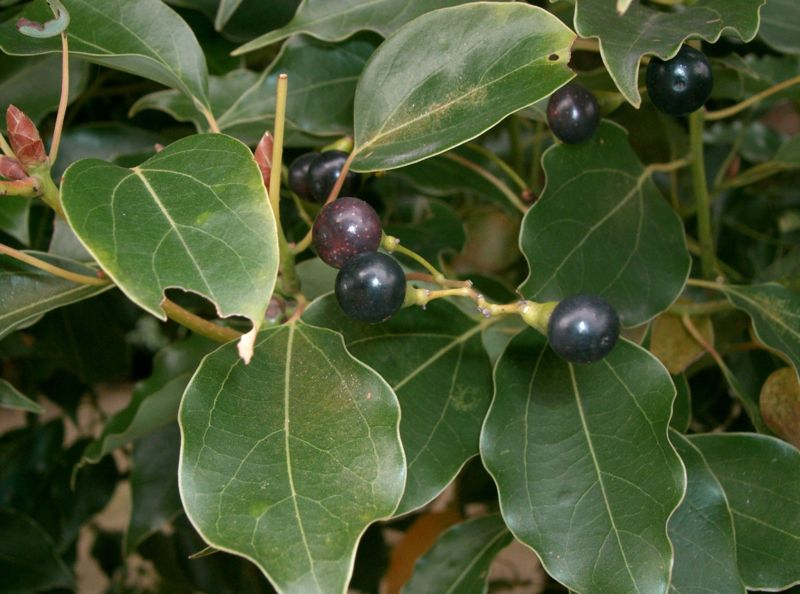 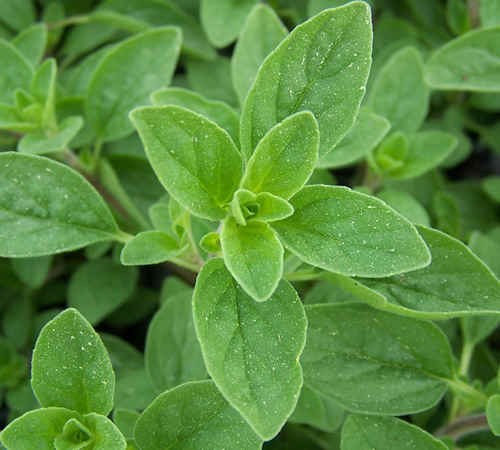