Hops are the flowers (also called seed cones or strobiles) of the hop plant Humulus lupulus. They are used primarily as a flavoring and stability agent in beer, to which they impart a bitter, tangy flavor, though they are also used for various purposes in other beverages and herbal medicine.

In the Middle Ages, beers tended to be of a very low alcohol content (small beer). In Europe, many villages had one or more small breweries with a barley field and a hop garden in close vicinity. Early documents include mention of a hop garden in the will of Charlemagne’s father, Pepin III. However, the first documented use of hops in beer is from the 9th century, though Hildegard of Bingen, 300 years later, is often cited as the earliest documented source. Before this period, brewers used “gruit”, composed of a wide variety of bitter herbs and flowers, including dandelion, burdock root, marigold, horehound (the old German name for horehound, Berghopfen, means “mountain hops”), ground ivy, and heather.

Hops are used extensively in brewing for their antibacterial effect that favors the activity of brewer’s yeast over less desirable microorganisms and for many purported benefits, including balancing the sweetness of the malt with bitterness, contributing a variety of desirable flavors and aromas. Historically, traditional herb combinations for beers were believed to have been abandoned when beers made with hops were noticed to be less prone to spoilage.

The hop plant is a vigorous, climbing, herbaceous perennial, usually trained to grow up strings in a field called a hopfield, hop garden (nomenclature in the South of England), or hop yard (in the West Country and U.S.) when grown commercially. Many different varieties of hops are grown by farmers around the world, with different types being used for particular styles of beer.

Although hops are grown in most of the continental United States and Canada, cultivation of hops for commercial production requires a particular environment. As hops are a climbing plant, they are trained to grow up trellises made from strings or wires that support the plants and allow them significantly greater growth with the same sunlight profile. In this way, energy that would have been required to build structural cells is also freed for crop growth.

Male and female flowers of the hop plant usually develop on separate plants (that is, the plant is dioecious), although fertile monoecious individuals appear occasionally. Because viable seeds are undesirable for brewing beer, only female plants are grown in hop fields, thus preventing pollination. Female plants are propagated vegetatively, and male plants are culled if plants are grown from seeds.[19]

Hop plants are planted in rows about six to eight feet apart. Each spring, the roots send forth new bines that are started up strings from the ground to an overhead trellis. The cones grow high on the bine, and in the past, these cones were picked by hand. Harvesting of hops became much more efficient with the invention of the mechanical hops separator, patented by Emil Clemens Horst in 1909.

Harvest comes near the end of summer when the bines are pulled down and the flowers are taken to a hop house or oast house for drying. Hop houses are two-story buildings, of which the upper story has a slatted floor covered with burlap. Here the flowers are poured out and raked even. A heating unit on the lower floor is used to dry the hops. When dry, the hops are moved to a press, a sturdy box with a plunger. Two long pieces of burlap are laid into the hop press at right angles, the hops are poured in and compressed into bales.

Hop cones contain different oils, such as lupulin, a yellowish, waxy substance, an oleoresin, that imparts flavor and aroma to beer. Lupulin contains lupulone and humulone, which possess antibiotic properties, suppressing bacterial growth favoring brewer’s yeast to grow. After lupulin has been extracted in the brewing process the papery cones are discarded.

Some beer enthusiasts would say that hops are the most important part of beer. Those that believe this will also attest to the importance of the oils in the hops. Hops get most of their flavor and aroma, especially the non-bitter parts of the taste, from the essential oils they contain. This is one of the reasons that some brewers add the hops very late in the boil portion of the brewing process; it keeps more of the aroma alive. Some brewers even dry hop their beers. This eliminates all chances of oils to evaporate, because there is no boiling segment.

Although hops are mostly famous throughout the world for flavoring beers from Belgium to Boston, the essential oil that can be extracted from hops is also an extremely valuable commodity offered by this plant. Hops are very healthy, which is why there are certain health benefits to beer, but for the most potent consumption of the oils and crucial nutrients of hops, beer doesn’t quite match up the essential oil itself. Hops essential oil is used extensively in aromatherapy, and seems to perform most effectively when diffused throughout a room. However, as this essential oil is quite powerful, it is important to monitor your reactions to it, as it can also cause irritation in large quantities.

Although native to China, hops essential oil is now extensively available throughout the world. The color of the oil itself is pale yellow and the aroma is rich, dry, and slightly spicy, with hints of floral notes as well. Aside from the essential oil itself, hops can also be used in powdered form, steeped for tea, and a variety of other preparations to get their health benefits. However, the pleasant and potent nature of the essential oil has made it a favorite of aromatherapy practitioners around the globe for its wealth of associated health benefits, many of which are outlined in greater detail below.

2. Sleep and Insomnia:Those same sedative qualities make hops essential oil the perfect addition to a treatment for insomnia or sleeplessness. Hops essential oil can be diffused while sleeping and enhance the depth and quality of your slumber so you wake feeling refreshed and energized.

3. Sexual Performance:For generations, hops essential oil has been used by men to enhance their sexual performance, and more particularly, to extend it. This is a common cure for premature ejaculation, as it soothes the body and makes certain vital elements less sensitive to sexual stimulation.

4. Menstrual Cramping and Pain:For women, hops essential oil has been linked to a reduction in menstrual pain and cramping, which can be quite severe. Again, the sedative qualities that loosen the muscles and reduce pain are the main reason for this useful application of the essential oil.

5. Respiratory Issues:While inflammation and irritation are the most common reasons for respiratory distress, using aromatherapy with hops essential oil can help to soothe those irritated parts of your respiratory tract and reduce inflammation, thereby reducing coughing and congestion.

6. Hair Health:When used in combination with other natural oils on the hair, hops essential oil can improve the sheen and strength of the hair thanks to its potent volatile components that interact with hair follicles and natural oils to improve the appearance and health of your hair.

7. Skin Health:Similarly, hops essential oil is known as a natural remedy for psoriasis and skin irritation. The calming nature of hops essential oil functions as an anti-inflammatory and antiviral agent to protect your skin from any possible infections or irritants.

8. Headache Relief:Perhaps the most important and effective application of hops essential oil is for tension and headaches. The relaxing effects of this essential oil can loosen even the tightest muscles in your shoulders and neck, while also easing your anxiety and calming your mind, allowing for peaceful, headache-free days following a night of aromatic diffusion.

9. Alleviates Cough and Congestion: Usually, inflammation and irritation are responsible for most of the common respiratory disorders. Using aromatherapy with hops essential oil helps reduce inflammation and soothe the irritated parts of your respiratory tract. Thus, it effectively reduces coughing and congestion too.

10. Anti-Inflammatory: Inflammation is a troublesome issue and can be a real pain if you have it. Hops essential oil is an anti-inflammatory agent. It has an impressive track-record for alleviating pain related to arthritis and inflammation in the lungs.

The main components of hops essential oils are terpene hydrocarbons consisting of:

Ways on How to Use Hops Essential Oils

While hop oil is considered non-toxic and non-irritant, it may still cause sensitizations in certain people. Like other essential oils, it should not be used without dilution. Blend it with a carrier oil like coconut oil, olive oil, or almond oil. Afterward, you can check for any adverse effects through a skin test, or by simply applying a drop of hop oil on a small area of your skin.

Despite the many benefits of hop oil, it is always wise to use it, as well as other essential oils, with the guidance of an experienced aromatherapy practitioner or with the advice of your doctor.

Hop oil research is a rapidly changing field, and new findings pop up every year. The consensus is that the marvelous hop aroma and flavor we all enjoy is probably due to a synergistic combination of hop oil compounds and their oxidation and fermentation products, some of which may not even have been discovered yet. One thing is certain: even though I may not know exactly what I am tasting in my dry-hopped IPA, I like it! 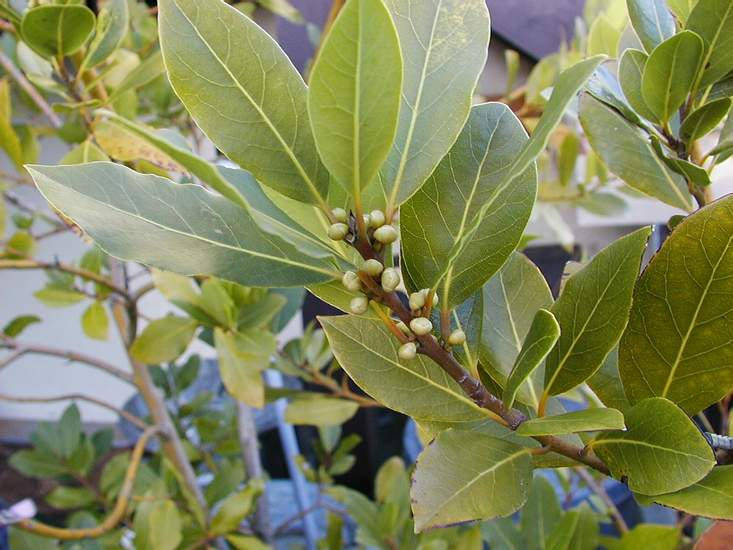